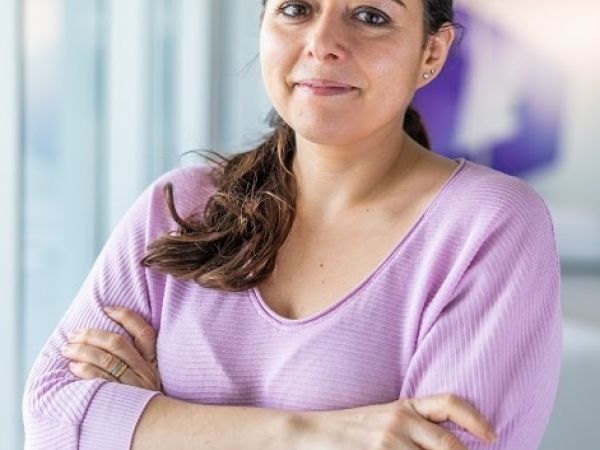 Claudia Manuela da Cunha Ferreira Botelho finished her PhD in Science Engineering by Porto University in2005. From 2001 to 2006 most of her research was carried out at: Queen Mary London University.; Cambridge University, UK and Nara Institute of Science and Technology, Japan. After finishing her PhD she started working on the modulation of calcium phosphate ceramics aiming to developed custom-made ceramic prostheses for reconstructive surgery. A project that resulted in a worldwide patent. She continues to work on the development of strategies for personalised therapies, as each patient has its unique features. Focusing on the last 5 year period (2012-2019 – note that due to 2 maternity leaves counting 18 months/child the period starts in 2012), she published 2 scientific books, is editing 1 scientific book, 5 book chapters. She published 37scientific papers, being 20 between 2012 and 2019. She was invited to give several talks (8; 4 in 2012/2019). Her work was presented over 40 times in conferences (14 oral presentations in 2012/2019 and 6 poster presentations in this period). In 2013-2015; 2017-2020 she was invited to lecturer at Minho University(Department of Biologic Engineering and Department of Biology) and also at the Instituto Politécnico de Viana. Her work was distinguished with several international prizes, being the most important the European Award on Biomaterials and Tissue Engineering Doctoral Award, which is a demonstration of her work and recognition by her peers. She supervised 13 Master thesis (9 in 2012-2019) and collaborated on several PhD thesis and supervision of Post-Doctoral researchers. She currently supervises 1 PhD student. She also collaborated in the organisation of several seminars and international courses. She has been the senior author of scientific papers. Due to the international recognition of her work she was invited to collaborate in several projects all over the world (Brazil, USA, Poland and Spain). CM Botelho is a member of the Editorial Board of the Journal of Encapsulation and Adsorption Sciences and reviewer of several SCI index journals. Due to the impact of her research national-wide radio, newspapers and television interviewed her. The impact of research can be measured by the ability to take research from the bench to the clinic, as described in the full CV. In 2015she was elected President of the National Researcher Association of Science and Technology, since than sheh as actively worked on the development of new scientific policies aiming to dignify the researcher career,creating a more sustainable national scientific system. In 2017 she was re-elected and carry on her work in the benefit of the scientific and society in general, as a better scientific system will lead to a more productive research. In 2019 she was elected President of National Researcher Association of Science and TechnologyAssembly. The major achievement as the head of the association was the Law 57/2017, which stated that all researchers with more than 3 years of a post-doctoral experience are entitled to a work contract. For the past years CM Botelho was actively involved in research, supervision and on the development of scientific policies.The major achievement as a researcher is the possibility to contribute to the development of new therapies and characterisation of active molecules that can benefit patients, as well as to carry on working on the development of nano carriers to efficiently delivery active molecules to the target cells.